Posted by CR Lindsey on February 25, 2018
The Aftermath Of The Thomas Fire
It has been two months since the Thomas Fire raged through Ventura and Santa Barbara Counties. It was the most massive wildfire in California history and burned approximately 281,893 acres (440 sq mi). Between the fire and the floods that followed soon after, it has been a sad and interesting two months. Beyond the road closures and smoke-laden air, many of us who live either lost property or had their property damaged, or know someone who has.


I have ridden up to Ojai a few times so far and up to Santa Barbara, through Montecito, once. Riding up the Ojai Valley Trail and Creek Road, to Ojai, you can see where some of the fire battles took place. The fires approached from the east from Santa Paula. At Highway 33, adjacent to the bike trail you can see burnt hillsides on the right and intact homes on your left. 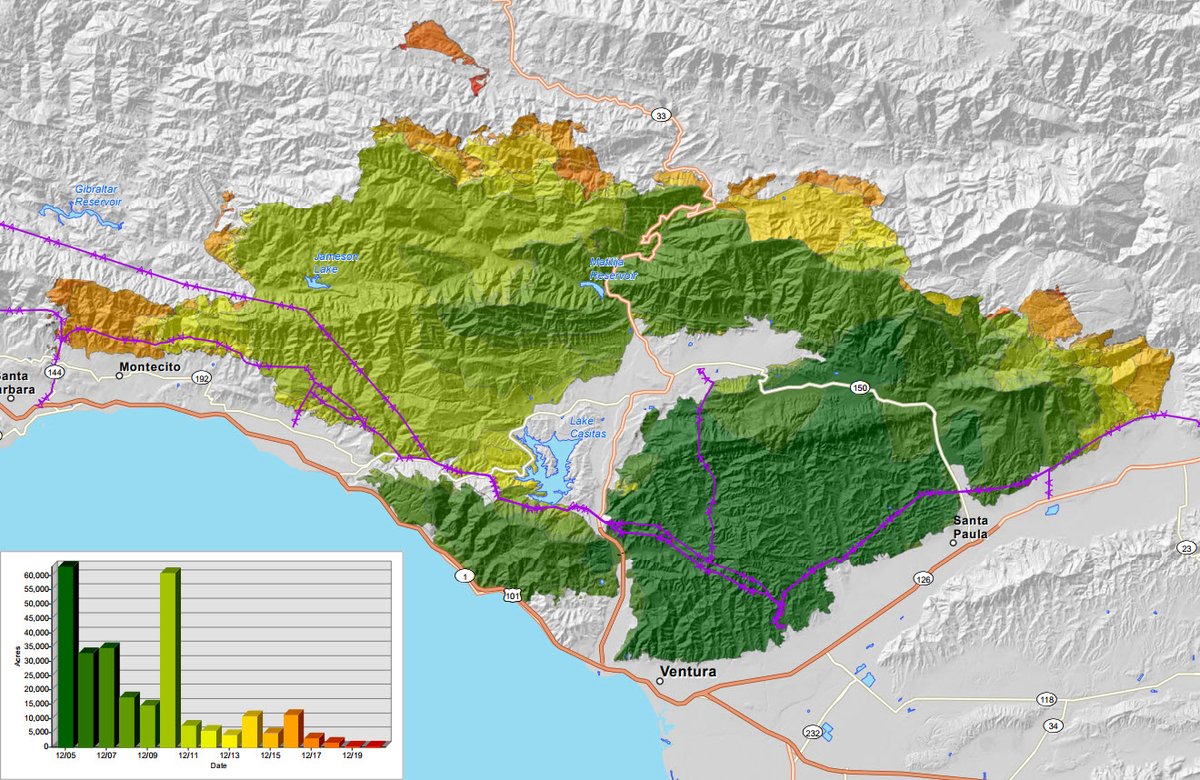 The map of the Thomas Fire looks like a donut. The city of Ojai is in the center of that donut. Firefighters created a protected zone over the course of 3 nights of high winds. Within that protected zone, everything is green, and it looks like nothing has happened. Outside of the area, it seems like a bomb hit. 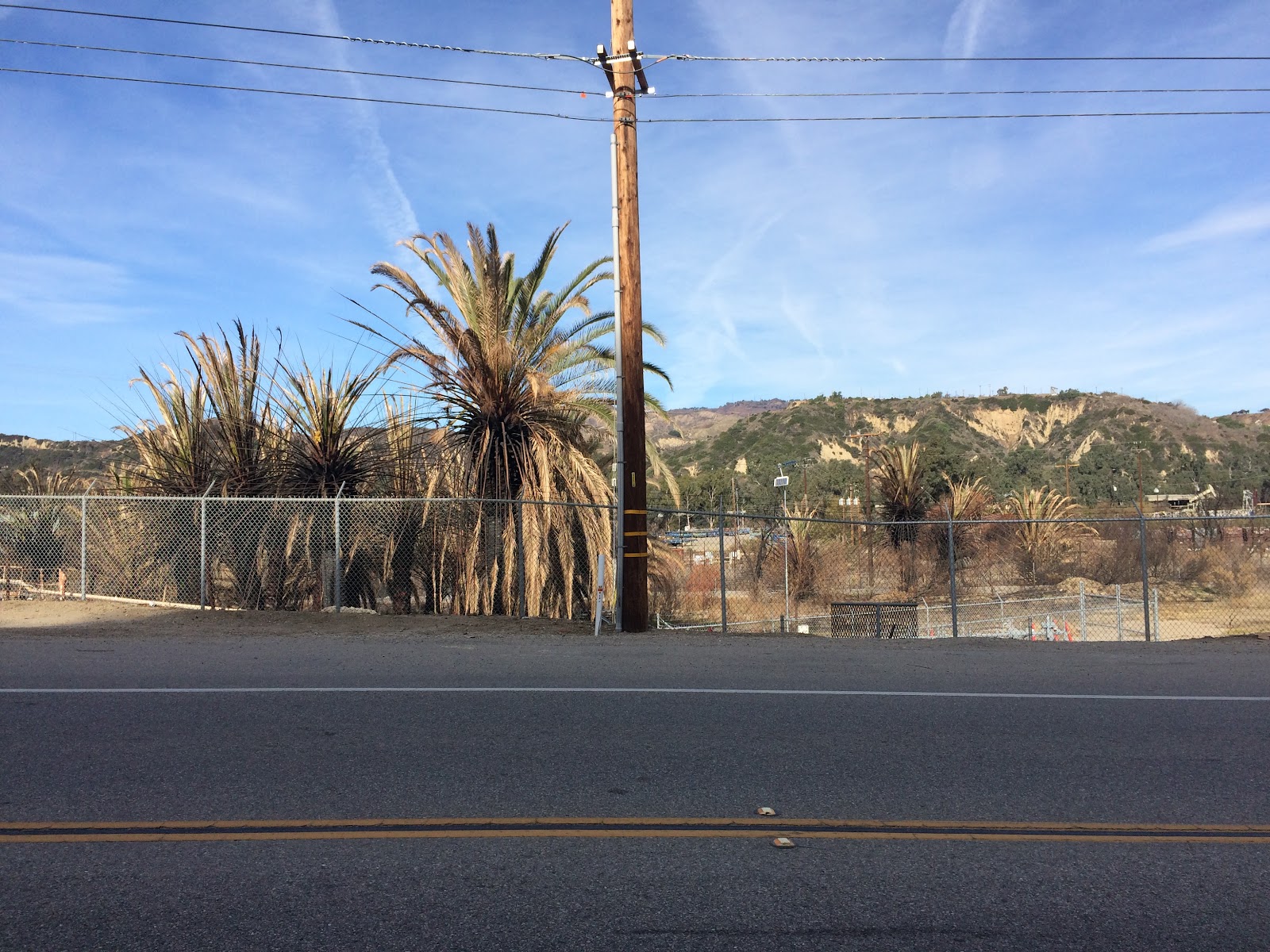 Here is where the fire crossed the road and destroyed wild canary date palms near the oil field north of Ventura. Further north Foster Park was untouched, but just north of the park, the fire crossed again and destroyed the fencing along the bike trail. Along Creek Road, again you can see fire damage on one side of the road and green trees and intact homes on the left. This road marks a boundary that the firefighters would not let the fire cross. On the ride up to Casitas Pass, I saw more fire damage. Here at the top of the pass above Lake Casitas you can see the burnt hillsides. For the first time ever, I can see the entire road up to this point. There were trees and shrubs covering most of this view in November. This will take years to recover. 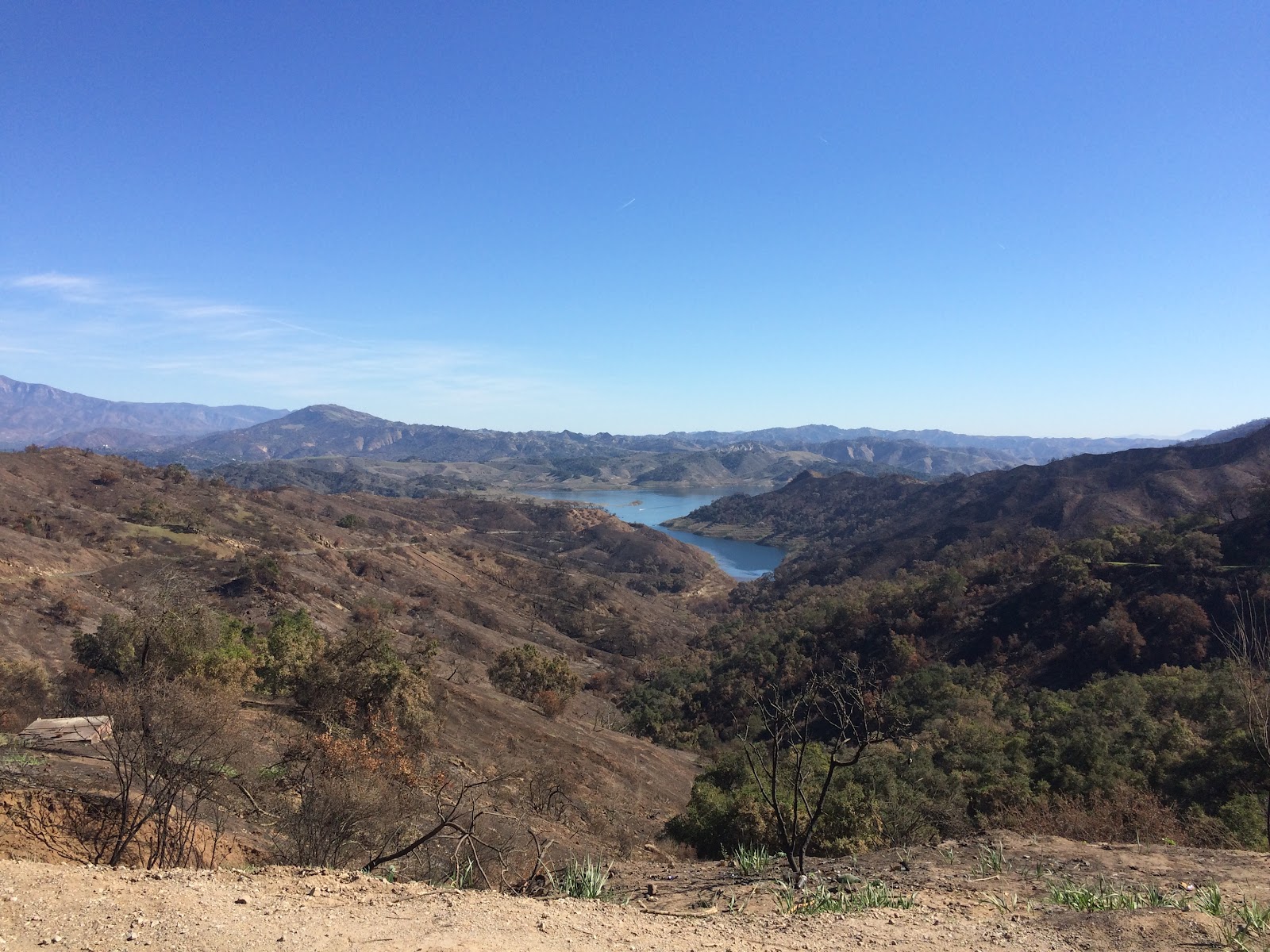 For cyclists, the roads are open in Ventura County. The landscape around the roads in the western and northern part of the county are going to be recovering for a while. I have yet to go to Rose Valley. The Maricopa Highway is open after weeks of repair from flood damage.