Getting Started in Road Cycling: GPS with Smartphones and Bike Computers 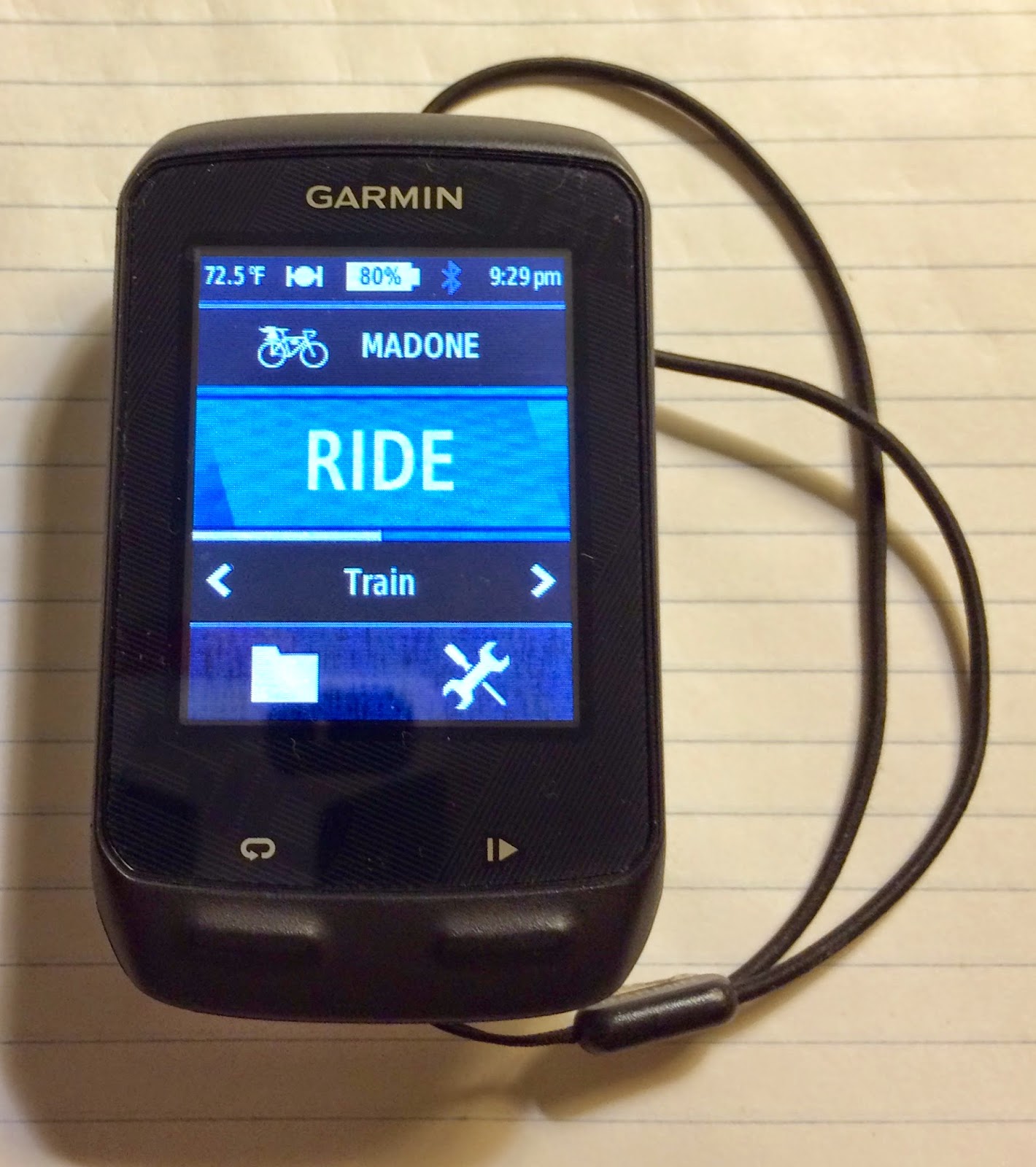 You can just ride your bike without any electronics and simply enjoy riding. However, in this Age of Information, with watches measuring our fitness and health, many cyclists use GPS to keep track of how far and how much they ride. Both smartphones and dedicated bike computers can provide GPS functions plus other data for cyclists. There are a number of apps that cyclists can use on their smartphone. And the range of bike computers run from fairly cheap to very expensive.

The easiest and cheapest option for most cyclists is to use their smartphone as a bike computer. Almost everyone has a smartphone with a GPS capability, so the phone can keep track of how fast and how far you go along with timing the ride.The three best-known smartphone apps are Cyclemeter, Map My Ride, and Strava.


Map My Ride is a part of MapMyFitness, which includes MapMyRun and is owned by Under Armour. MapMyFitness has over 20 million registered users across its applications.Strava is Swedish for 'strive'. Strava has not revealed how many users it has worldwide. Cyclemeter does not have a website as a companion to the app like the other two apps. The Cyclemeter app is all inclusive; all of the features are within the app on your iPhone.

All three will record the duration of your ride, the average speed, the maximum speed and provide a map of where you rode. While Strava has gained notoriety for making the weekend casual ride into a competitive event, with cyclists around the world fighting over who can be the "King of the Mountain" on various segments, both Map My Ride, and Strava compare your rides to other riders on the same routes. Both have premium analysis tools if you pay a yearly fee.

The big drawback to using your smartphone as a bike computer is the power drain. The constant polling and recording of your GPS location will drain the battery more quickly. When I began using Map My Ride, on long rides my iPhone 3 was on its last legs when I would finish. Smartphone batteries have improved as well as the power demands of these apps. So unless you have additional power packs like a Mophie Juice Pack, then a dedicated bike computer will help.

A dedicated bike computer will relieve the stress of a fading smartphone with miles to go before the end of a ride. On a few occasions, I have had to hustle to get back to the car before my iPhone completely died. The battery on a cheaper bike computer usually lasts for months, depending on how often and how far you ride. The batteries on the more expensive bike computers are rechargeable via a USB port, which also allow you to download the data to your computer for analysis. Some have WiFi capability to allow easier download.

The Top 5 Inexpensive Bike Computers are:

The more expensive bike computers typically use ANT + and Bluetooth to connect to the sensors and smartphones, have multiple screens, each of which are configurable, and rechargeable batteries. Some have WiFi to allow downloads of data directly to computers for analysis and on-screen navigation and elevation displays.

The Top 5 Bike Computers where money is no object are:

Here Garmin is the standard that other bike computers in this categories compare themselves to. I have had a Garmin 510 for two years. I have not listed the top of the line Garmin 1000 which is $599 has a color touch screen with navigation and WiFi. I think that $600 for essentially a bigger screen and WiFi is expensive.

Using a bike computer with a heart rate monitor provides the essential data to measure your fitness as you ride.You can see improvements in speed and heart rate as time goes by with a bike computer and heart rate monitor. They replace your perception about a given ride for hard data. And you can store each ride on a number of on-line sites that will document your rides, show how you compare to other riders and perform some additional calculations displaying your fitness.