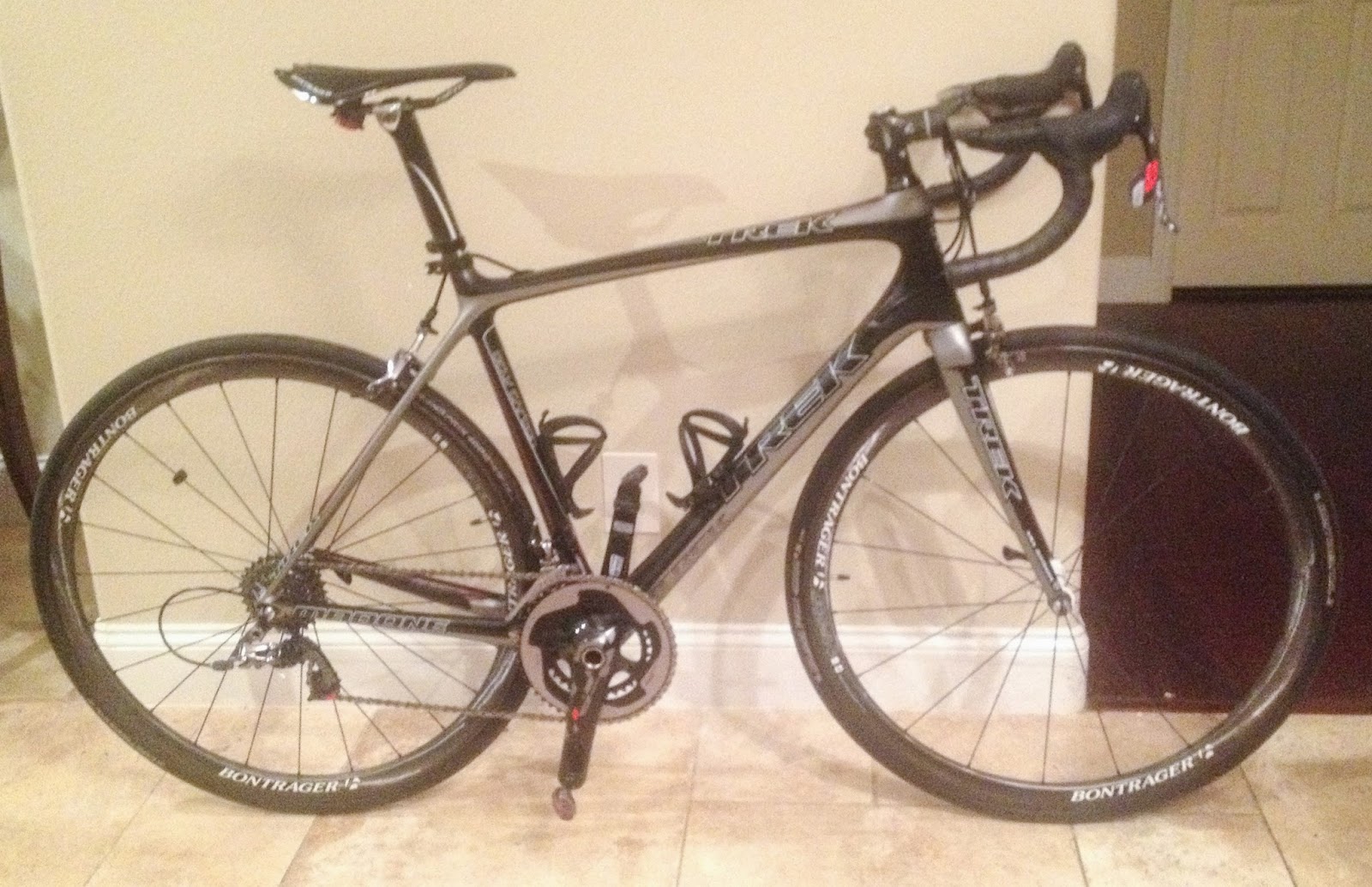 I have Trek Madone 6.5 that I ordered through Project One on the Trek website in 2010. This is my first carbon fiber bike. Years ago, I had a steel Schwinn bike that was given to me. It was heavy, but smooth and had gear shifters mounted on the down tube. A real 1980's bike.Then in 2002, I bought a Trek Alpha 1000, an aluminum bike. I rode the same route that I rode with the Schwinn the previous week. The different in ride feel was very noticeable. I thought that someone had roughened the road over the previous week. This was the difference between a steel bike and aluminum bike. An aluminum bike is very stiff and will transmit road buzz to you very well. You'll feel bumps, pebbles, paint strips, everything. I always felt worn down after 4 hours or so of riding. This was a real barrier to me for century rides. Finally, after nine years of riding my Trek 1000, I decided to take the plunge and get a carbon fiber bike.
It was 2010, and we still in the depths of the recession of 2008, so I wanted to buy another Trek with American components. I wanted the Trek to be American made and not one of the models made in China. So I went to the Trek Project One site looking at the Madone 5 series. I peeked at the 6 series, but the prices were expensive.I configured my bike on the site and took it down to Trek Bikes of Ventura and the owner, Jeff Byers, said for just a couple of hundred more dollars I could get a 6 series. So he went to work on the Project One site and swapped out the groupset and wheels for something much cheaper to get to a Madone 6.5 that was just a few hundred above the 5.2 that I had brought in. (I would upgrade everything over the next few years).


The final cost was $3,800. A few weeks later my bike arrived from Wisconsin. The first ride around the parking lot felt like there was a string attached to the front of the bike pulling it along. I guess that was either the lightness of the bike or the better power transfer from the pedals to the rear wheel. I do know that for every ounce of power I put into the bike, I get a better return in increased speed than I ever did with my Trek 1000. With the Madone, the ride was so much smoother that for two weeks I thought that my tires were going flat. With all of the recent upgrades, my bike weighs in at 15 pounds. This is a long way from the 45 pound Iverson Touring bike, my very first 10 speed my parents bought in junior high school.
Gear