After last year’s failure at the Santa Barbara Century, I was determined all year to complete the full century. In 2013, I had not been able to adequately train, I fired out with a fast group in the beginning, I was dehydrated and it was a warm day. All of these things added up to a miserable time, where my calves, quads and hamstrings took turns cramping up. Especially on steep inclines above 8%, which in this century is a real handicap. The Santa Barbara Century features 5 Cat 5s, 4 Cat 4s, 1 Cat 3 and 1 Hors Cat. You have to bring either a compact or a triple chainring to this event. Gobernador Canyon Road, followed by Toro Canyon, with Ladera Lane right after with Gilbraltar Road and La Cumbre Peak after a rest stop.
This year, I had a Stages power meter to help me manage the ride. I knew that I could crank out 200 to 250 watts without burning any matches, so I kept an eye on the bike computer to stay in that range during climbs. For the small sections where the grade pops over 10%, I pushed it over 300 watts, but I knew it was not for long. The key to this ride is to crank out the power when needed, but not too much that you can’t recover from. Also, I practiced going up Gilbraltar 4 out of the 5 weekends leading up to the century. I met a few other people practicing going up Gilbraltar as well. There was one important lesson that I learned over those weeks and it was that my performance was sensitive to heat. Temps over 90, I fade away. It’s not that my legs are less powerful, I just overall faded in the heat. Cooler temps, I would charge up the hill without a hitch. I studied all of my efforts up this hill over the years on Strava and tried to remember the conditions and it popped out at me. I remembered that one ride up to La Cumbre Peak it was 45 degrees, and I had no issues at all. At the top, I wasn’t tired at all, other warmer days, it was a different feeling altogether. At that point, I began to pray that on the day of the event, it would be cool, or least below 90. 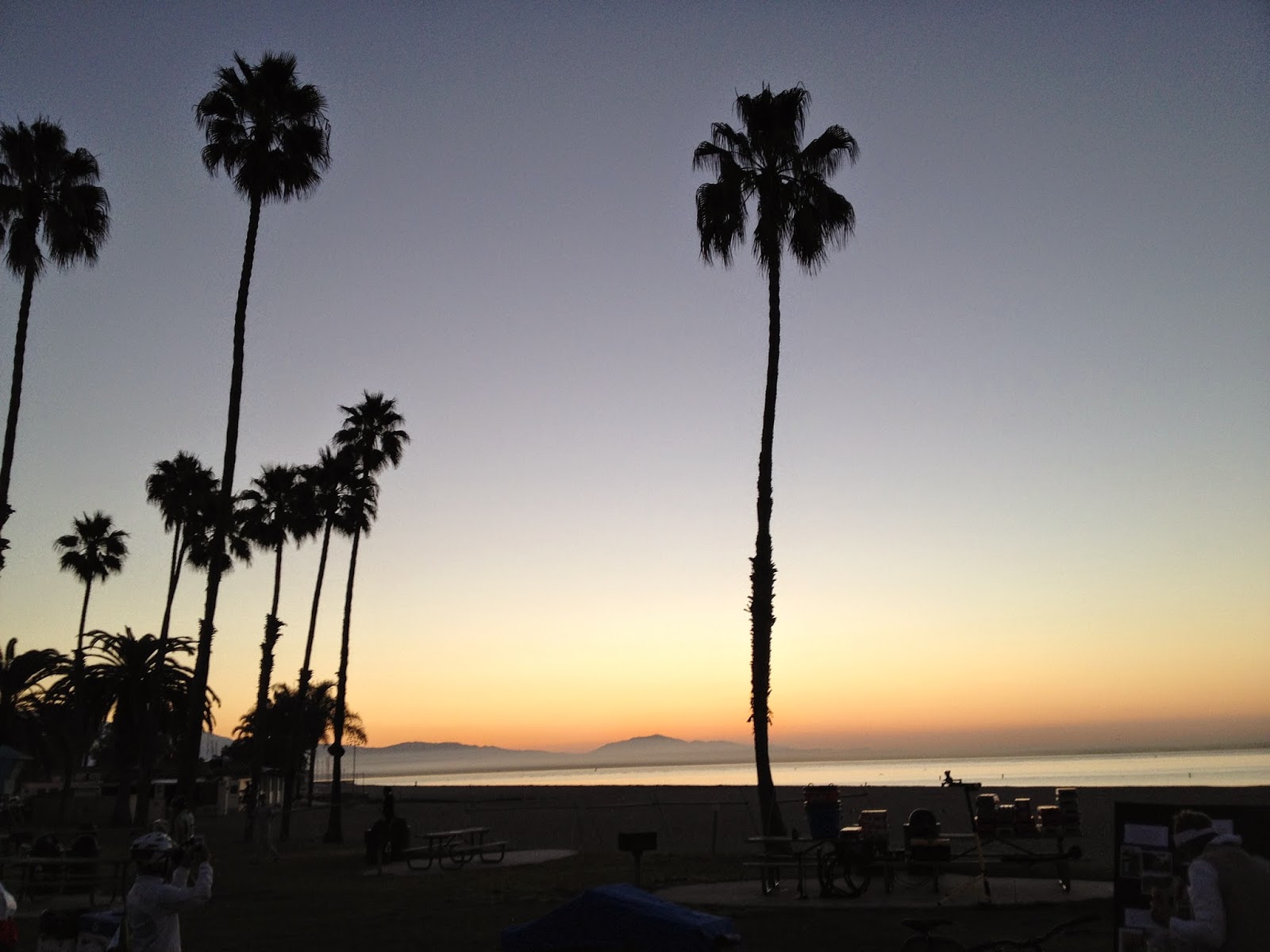 It was just before dawn when the ride started at 7AM. The sky in the east was beginning to brighten when we all began to line up. Actually, a few got started a little early, including myself. I probably headed off at 10 before 7. Usually, ride organizers are a little tight about start times. The only problem was that you should have a headlight. Cruising down a predawn Cabrillo Boulevard along the beach in Santa Barbara was great. No traffic, peace and quiet, except for the bikes.This time I did not roll out at 20 mph through Carpinteria like last year. I made sure to ride my own ride. So a lot of people passed me while I was going through Carpinteria. But I don’t think that some of these people knew what was ahead for them.
The first challenge was Gobernador Canyon Road, a Category 5 climb with a fun descent. It’s a nice warm up for the climbing to come. After a quick stop at Carpinteria High School, it was on to Toro Canyon Road. The Toro Canyon climb is a combination of Foothill Road above the Polo Fields and Toro Canyon Road itself. The Foothill Road portion is undulating and runs from 4 to 8%, but after a very short descent, it is on to Toro Canyon, which is 8 to 10% for about a half mile. This is the first real challenging climb of the day. At the top of the summit, it is only another half mile until Ladera Lane. Ladera Lane is one mile of asphalt laid straight up the side of the hill. One mile at 8 to 12%, mostly 10+. The fact that it is straight is a good thing in that you can see how far you have to go. It is also a curse to see how far you have to go. You just have to grind this climb out. At the top, I always see a number of folks sacked out.Here I tried to keep my wattage around 200 watts. I was trying to save my legs for Gilbraltar Road. 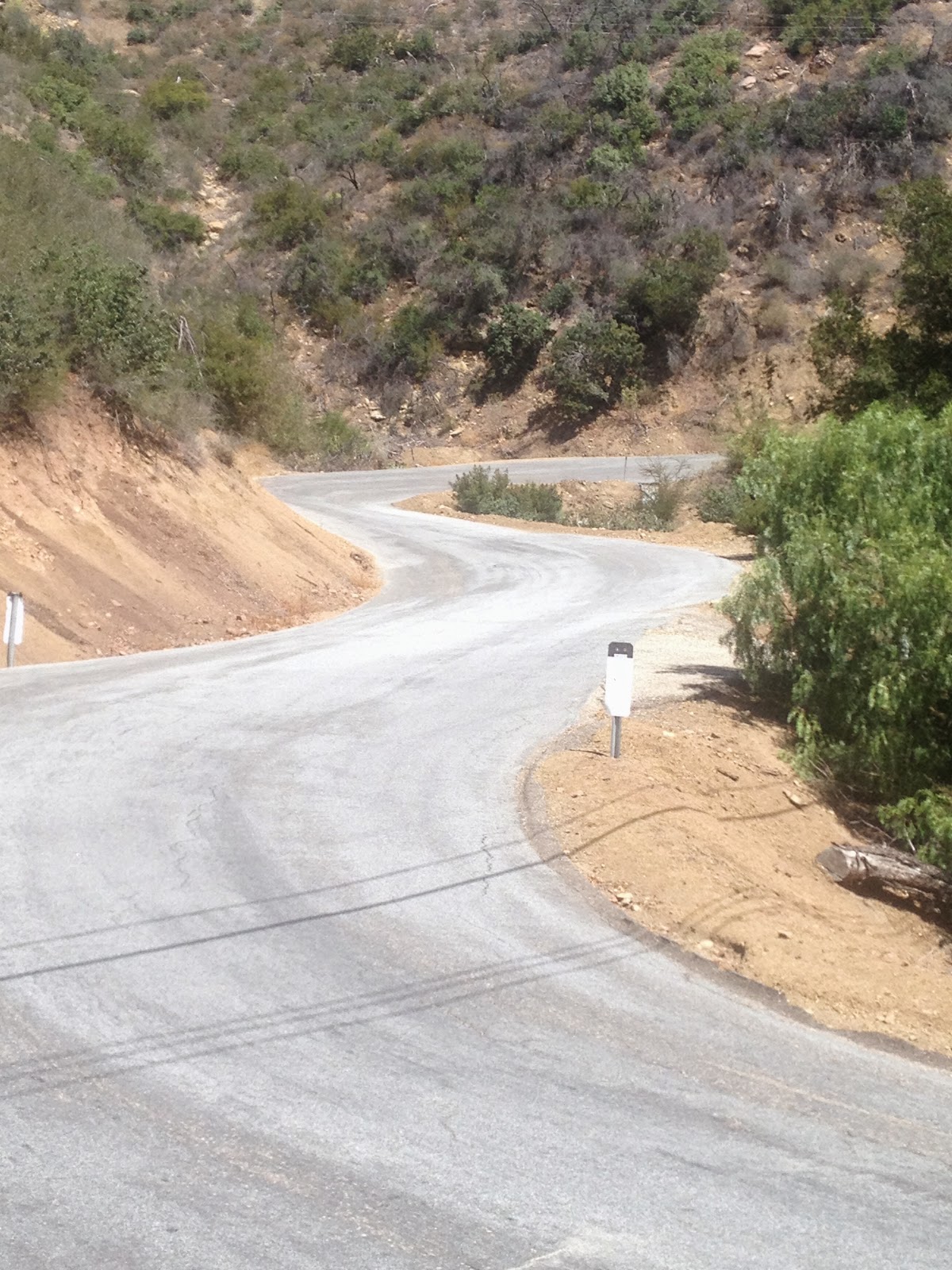 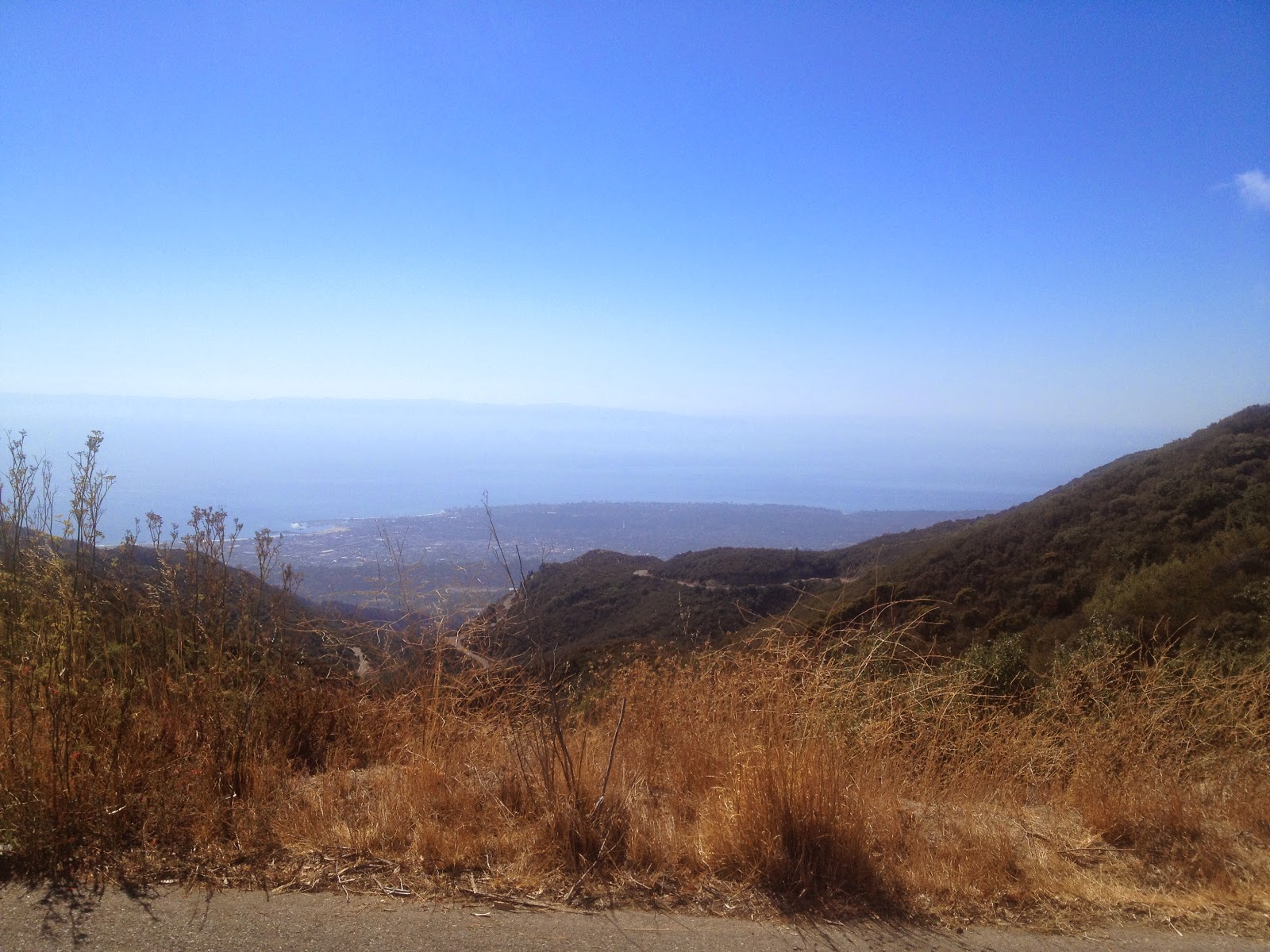 Gilbraltar Road is a 6.5 mile climb to Camino Cielo, with mostly 4 - 8% grades, with occasional stretches of 10% for the first 5 miles. Then for the last 1.5 miles it pitches up to 15% for a half mile or so then it eases off to 10% for the rest of the way to Camino Cielo and the next rest stop. It was warmer that day, but not bad. My main concern was time. Last year, it was growing dark by the time I got near the end. I really wanted to do better than that. I kept running time calculations in my mind over and over. “I should be at the beginning of Gilbraltar by 10 o’clock” and at the “top by 11:30, not later” and so on. I even bought a headlight just in case. But I climbed up better than I had hoped for and I passed a few people on the way up. Some folks were walking on the 15% segment. I knew how they felt, that was me last year. But not this year. Preparation and training paid off for me. 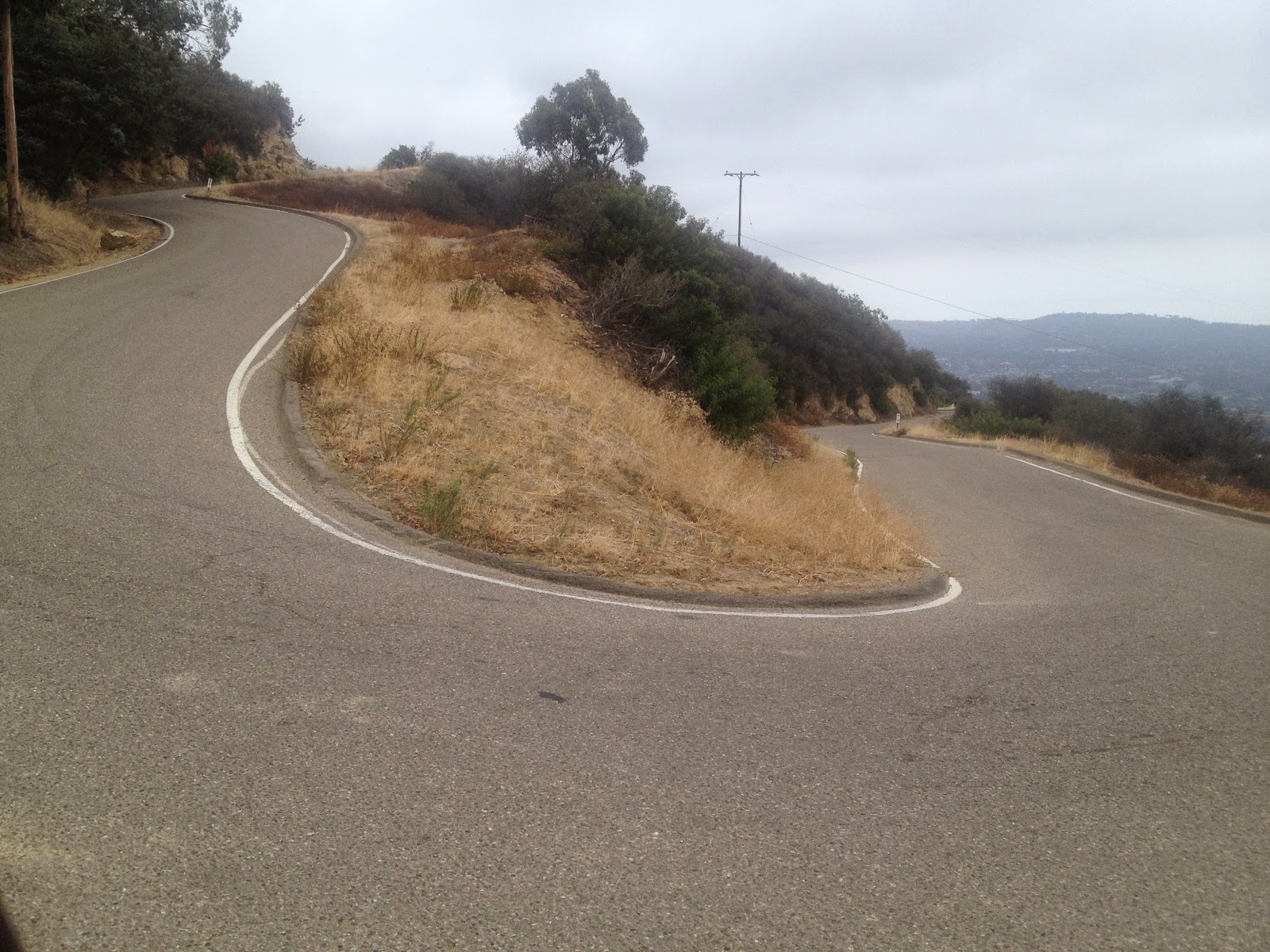 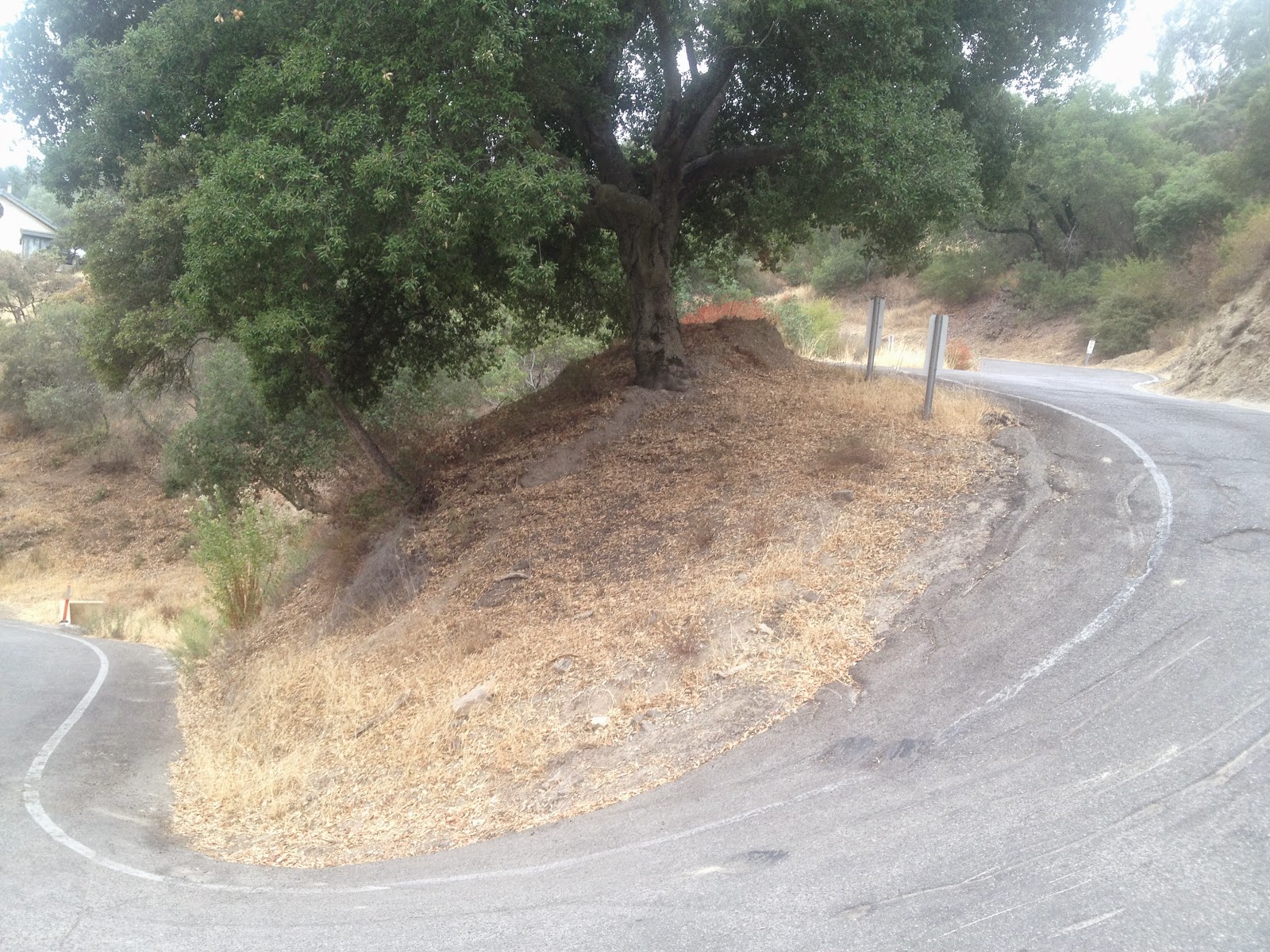 After I got to the top the only drama left was that the rest stop at the top was out of water. I just jammed some ice into the water bottle and moved on. I did the 10 mile out and back along the ridge of Camino Cielo above Montecito enjoying the views on both side of the road. And then on up to La Cumbre Peak, 3,995 feet, the highest point of the ride. Then it was mostly downhill from there. There were two more Cat 5 hills on Camino Cielo, but two guys from last year who suffered with me last year at the back of the ride. This year we all were grateful to be having a much better ride.
I was thrilled to see Painted Cave Road, which is the way down off of this mountain ridge and end of 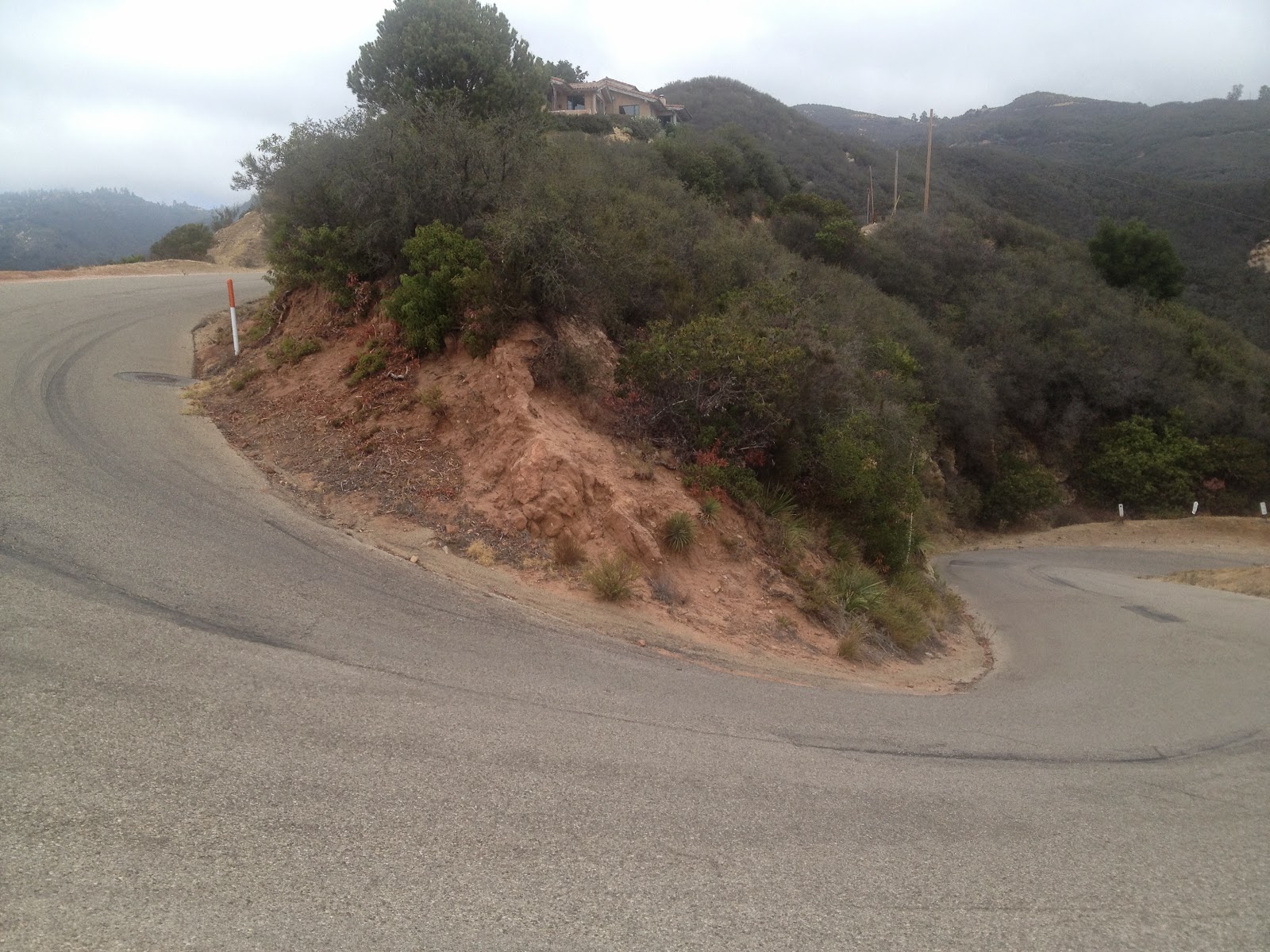 most of the climbing for this ride. Painted Cave and Old San Marcos Road descent is narrow, steep and has tight switchbacks. Since I’m familiar with the descent, I could let it go and have fun while a few others were gripping their brakes. The rest of the rides was mostly flat, except for Cliff Drive from Arroyo Burro Beach to La Mesa, which had a sign saying “ The last hill of the day” with a smiley face. It was knocked over.  I pulled up to the finish line at around 4  o’clock, tired but happy. The organizers arranged for a Santa Barbara Chicken Ranch burrito for the riders. I grabbed one and gratefully sat down next to the beach.