Posted by CR Lindsey on February 10, 2019
Gear
+
SRAM's Red eTap AXS
And the limits of upgrading SRAM introduced its new and innovative Red eTap AXS. SRAM added a 12th gear like Campagnolo did earlier. And like Campy, that 12 gear cassette can be used in current bike frames. Beyond that SRAM  brought new ideas to the groupset and more technology. DC Rainmaker reviews technical cycling components like bike computers and such. He has a review and a 13-minute video on this groupset covering the AXS app, the ability to change the way you can interact with the groupset and power meters.
Briefly, starting from the most significant innovation; a new concept of gearing. The new rear cassettes run from:
10 - 2610 - 2810 - 33 These cassettes require a new freehub body, the XDR driver (adapted from it off-road XD Driver). The front chainrings are now;  50/3748/3546/33
Each has a jump of 13 teeth, versus the traditional 16 tooth jump with 50/34. The front chainrings are no longer bolted together. The rings are formed from a single block of al…
0

Preview of the 2018 Amgen Tour Stage

Descent from Rose Valley on the Maricopa Highway

Descent from Casitas Pass, After the Thomas Fire 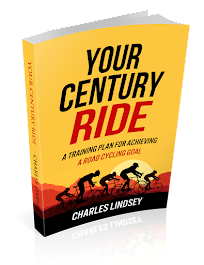 Click here to see the books that I have published so far.